A valley that draws countless amateur mineralogists every year

Beautiful, natural Habachtal Valley in the Hohe Tauern mountains outside Bramberg am Wildkogel is world famous due to its emerald deposits - unique in Europe - and its wealth of minerals in general. If you would like to learn more, we would suggest a hike along the Emerald Path, which will introduce you and your children to the mineralogy and geology of Habachtal in fascinating, playful ways. In addition, you can even actively try your hand at panning for emeralds.

Habachtal, where Bramberg is located, is the most mineral-rich valley of the Hohe Tauern. Interesting finds are possible in this wonderful place even today. Which means, even less experienced guest and hikers have the opportunity to find emeralds. Emerald deposits in Hohe Tauern National Park are in the Leckbach gully of Habachtal. From Almgasthof Alpenrose, it is easy to reach via a trail. Erosion has spread the emeralds from the rocks towards the top of the gully down towards Almgasthof Alpenrose, with mud- and landslides transporting the earth containing the emeralds all the way down into the valley. The emerald mine in the upper section of Leckbach gully is not accessible. Furthermore, this part of the gully is in constant danger from rockslides, so we strongly advise not climbing up there. 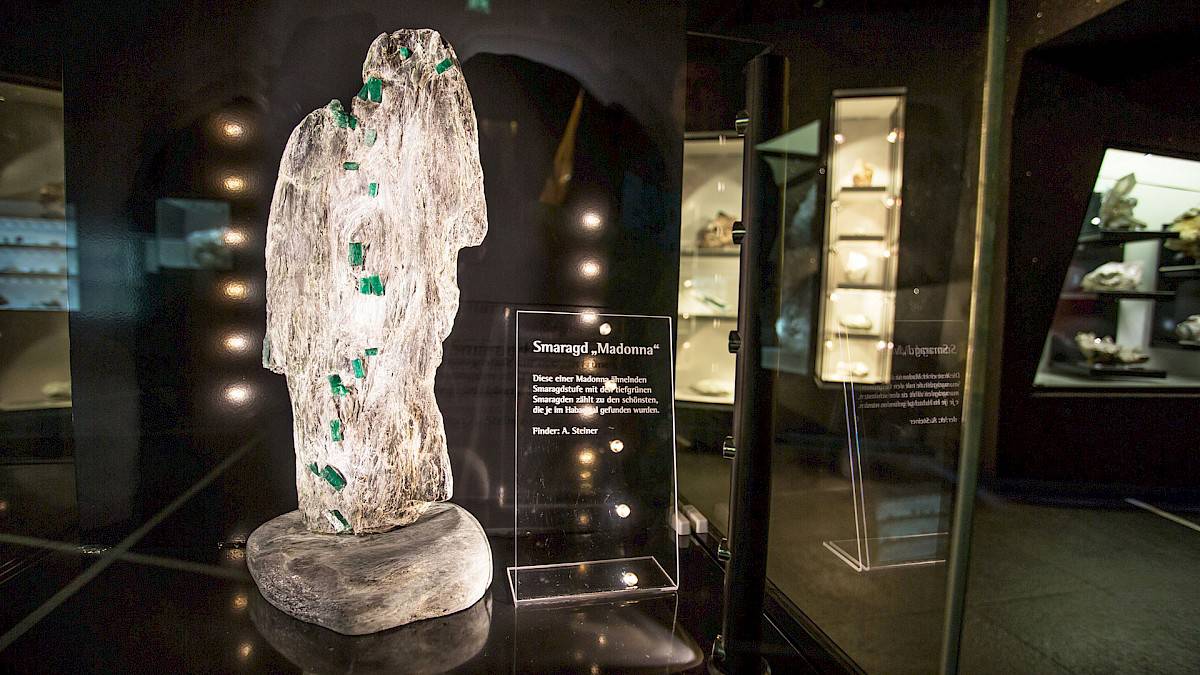 Would you like to conquer the inspiring natural surroundings and the mountainous setting of this valley? Well that is not a problem; we will be delighted to take you there and back on the "Smaragdexpress".

Departing time from Enzianhütte or Alpengasthof Alpenrose:
May - September: 2 p.m. and 5 p.m. 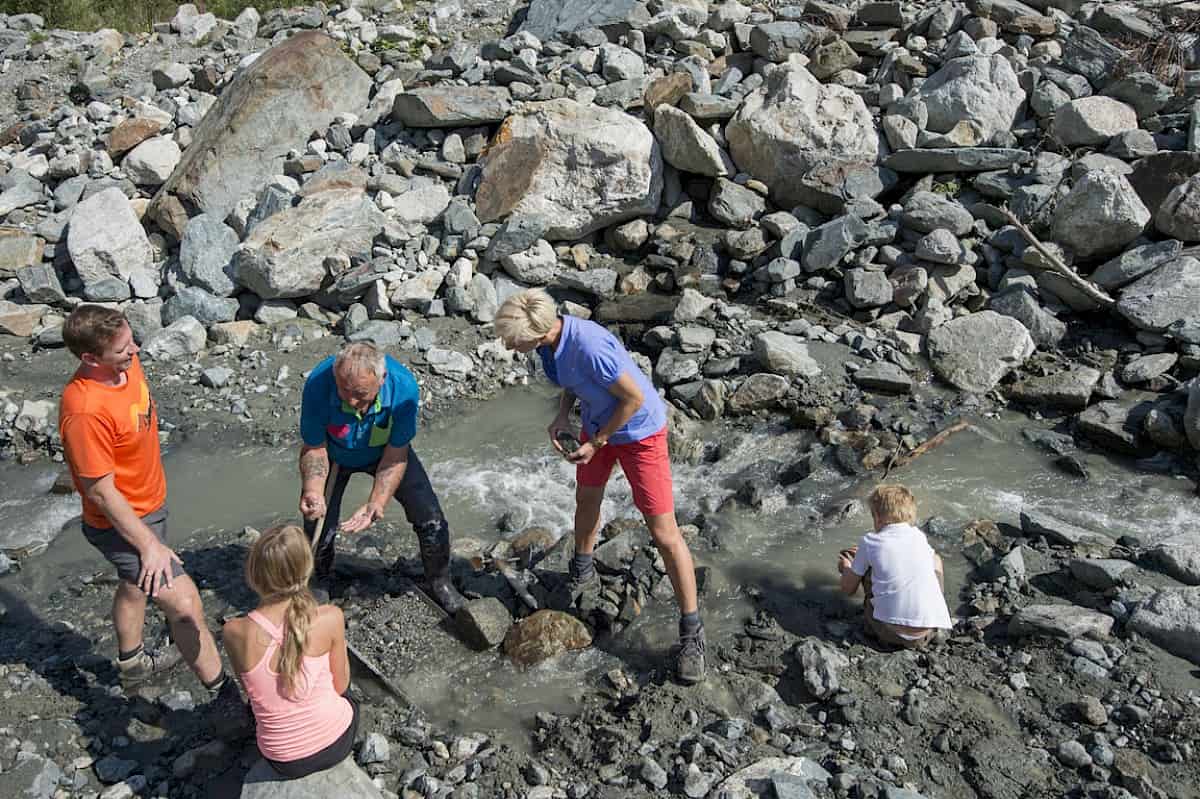 The “Emerald Express” will take you from Bramberg to Habachtal valley as far as Almgasthof Alpenrose. There you will get to hunt and dig for various minerals, especially emeralds. At about 5 pm you will return by taxi to Bramberg, tired and hopefully with a pocket full of “riches”!

The exhibition "Emeralds and Crystals" is a true treasure of the Hohe Tauern as it features some of the most beautiful findings of emeralds, rock crystals, epidotes and many other locally found treasures. 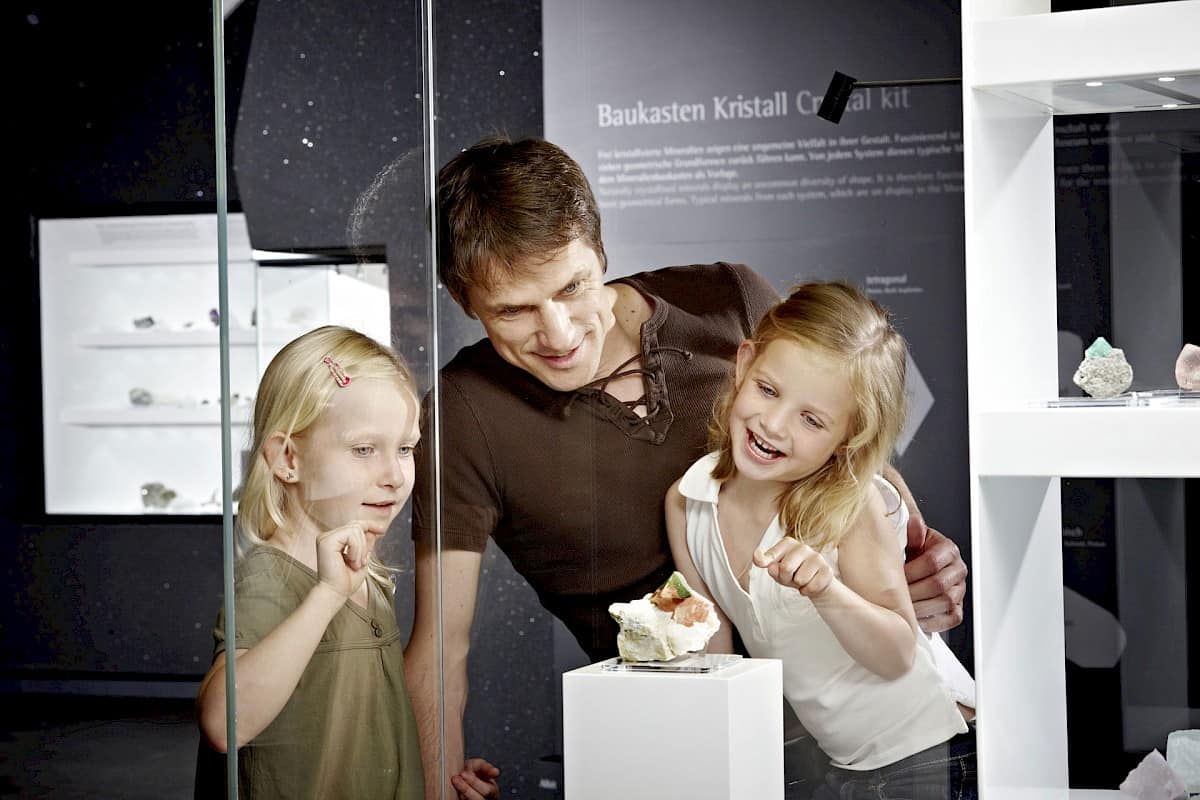 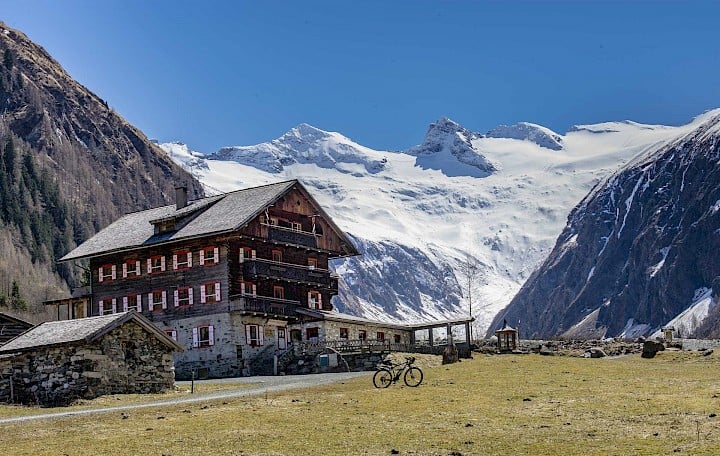 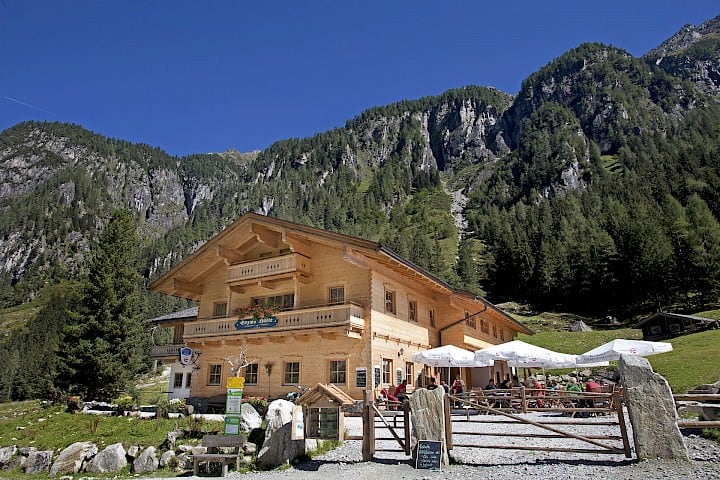 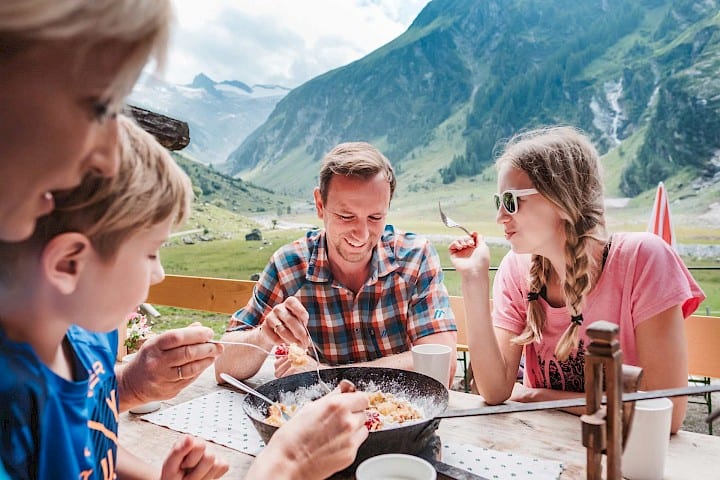 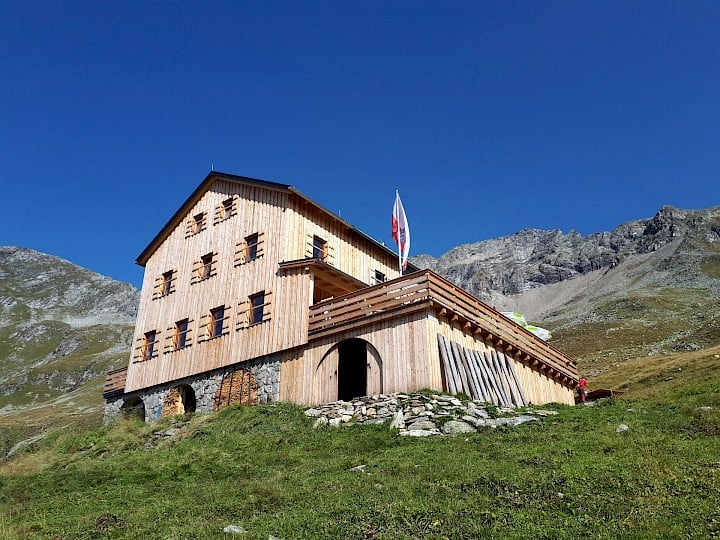 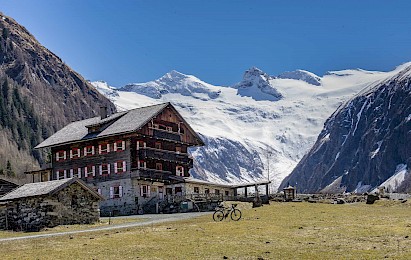 Alpengasthof Alpenrose in Habachtal is also an ideal starting point for mineral hunters.

You can reach the Alpenrose either by Valley Taxi or on foot - taking about 2 hours to hike. This inn is open from mid-May until mid-October.

Enjoy your holidays in a warm, friendly atmosphere. The Alpenrose serves local specialties and pastries.

35 beds as well as a mattress dorm (group accommodations) for around 30 people are available for those wishing to spend the night.

Also provided is a beautiful shower room along with a drying room for boots and clothing.

Located right next to the inn is a site where you can pan for emeralds. 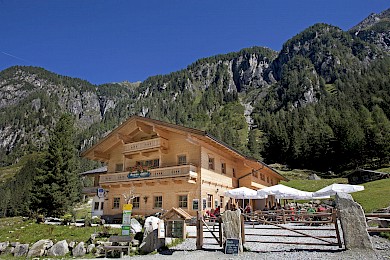 The Enzianhütte in Habachtal serves as an ideal base for mineral collectors.

The Enzianhütte can be reached either by Valley Taxi or on foot - the hiking time is around 1 1/2 hours.

The hut is open from mid-May until mid-October.

Once at the Enzianhütte, you can quench your thirst as you are treated to delicious treats from their own organic farm.

If you need accommodations, 28 beds along with a mattress dorm provide space for around 20 people to spend the night. 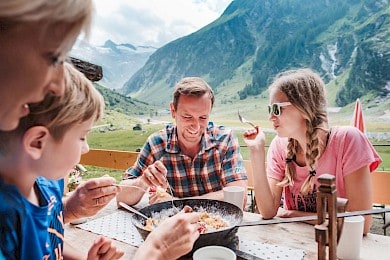 The Moa-Alm has been in its original state since 1771, the oldest hut in the Habachtal.
Easily accessible for hikers and mountainbikers.

Open depending on snow and weather conditions: End of May - October
Open daily from about 8.00 am 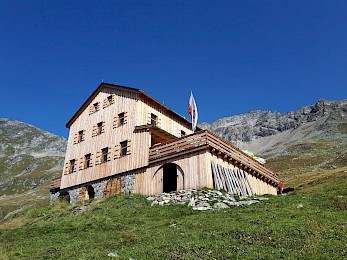 The Thüringerhütte is a hut managed by the Alpine Association and is open from mid-June until the end of September.

Naturally, at the Thüringerhütte they are pleased to serve you a delicious selection of homemade foods.

You can also spend the night in one of 50 sleeping-bag spots or one of 30 beds.

To reach the Thüringerhütte, you can take the Valley Taxi to Alpengasthof Alpenrose.

Once there, you will hike between 2 1/2 (via the Noitroi) and 3 1/2 hrs. (regular trail) until you arrive at the Thüringerhütte.

Find the right accommodations for your holiday

If you have any questions at all about the Wildkogel Arena, please don't hesitate to get in touch with us. Your Wildkogel-Arena team at the tourist offices in Neukirchen and Bramberg will be glad to assist, clear up any concerns and ensure you have all the information you need for a wonderful summer or winter holiday in the Wildkogel Arena.